Sport: Hazard Forced To Wear Another Jersey Number After Modric, Mariano Turned Him Down 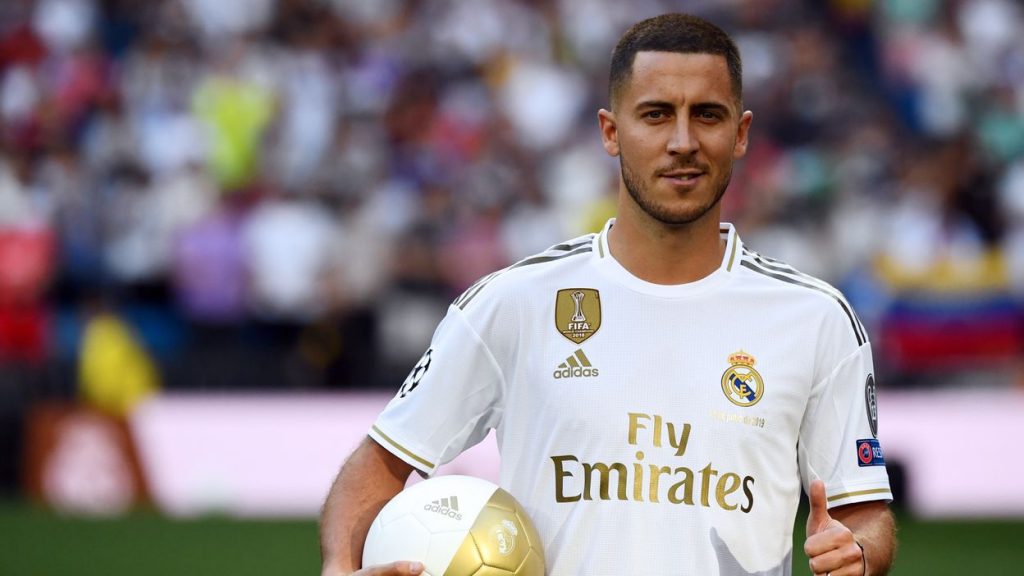 Newly signed Real Madrid star, Eden Hazard has chosen another shirt number after his new teammates, Luka Modric and Mariano refused to hand him the ...

No 10 or 7 respectively, according to Marca.

The Belgian will now wear the No 23 shirt at Real Madrid.

Upon his arrival at the Bernabeu Hazard is said to have asked for his favoured No 10 shirt.

However, Modric, the man who currently wears that jersey, wasn’t keen to give it up.

Madrid striker Mariano, who is adamant he does not want to leave the club this summer, is also unwilling to give up his number for Hazard.

The newspaper claimed the winger will now take the ’23’ shirt – famously worn by David Beckham during his time in Spain.

However, Hazard’s reasoning is not because of the former England captain.

Marca claims the 28-year-old wants the No 23 shirt because of his favourite basketball stars Michael Jordan and LeBron James.

Please all post must be moderate to avoid restriction

Login Sign Up
Enter your credentials to login.
My eWallet Balance