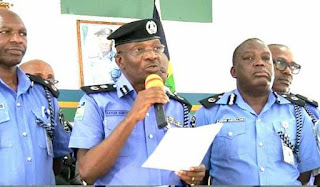 The Kwara State Commissioner of Police, Kayode Egbetokun, has warned officers against searching people’s phone with the intent of extorting money, stressing it’s unethical for them to do so.
While briefing officers and journalists at the State Command in Ilorin, the police boss said extortion is a criminal offence and will attract a stiff penalty.
“It’s unethical to seize and start searching anybody’s mobile phone on the road. The practice of searching the phone of an individual on the road for evidence of internet fraud amounts to conducting a roadside investigation,” he stated.
Egbetokun noted that he is worried of some media reports of how some policemen on highway patrol would stop and search the phones of young undergraduate.
More worrisome, he explained, is the demand of about N2,000 before their phones could be released to the students suspected to be internet fraudsters.
While vowing that the Command under his watch would not condone such an act, the Commissioner warned officers to desist from such activities.
According to him, it is a criminal offence for any policeman to extort any member of the public by demanding money before releasing their mobile set.
“In some of these cases, the young men mostly university undergraduates are made to part with a little or as much as N2,000 for their releases or the release of their phones.
“The Command frowns at this ugly trend and will stop at nothing in identifying and dealing with culprits of these acts.
“It becomes a criminal offence if that (search) intends in extortion or done with an intent to extort. Al policemen in this command, especially patrolmen are constantly being reminded that extortion while bearing firearms completes the ingredients of the offence of armed robbery.
“Henceforth, any policeman found to be engaging in any form of extortion while armed on the highway will be arrested, detained, tried and if found guilty, dismissed and charged with armed robbery,” he said.

Top 10 Posts of the week

Gistfans is Nigeria's No.1 Entertainment and Infotainment Portal For Latest Music, Video, Sport, And Celebrity Gist